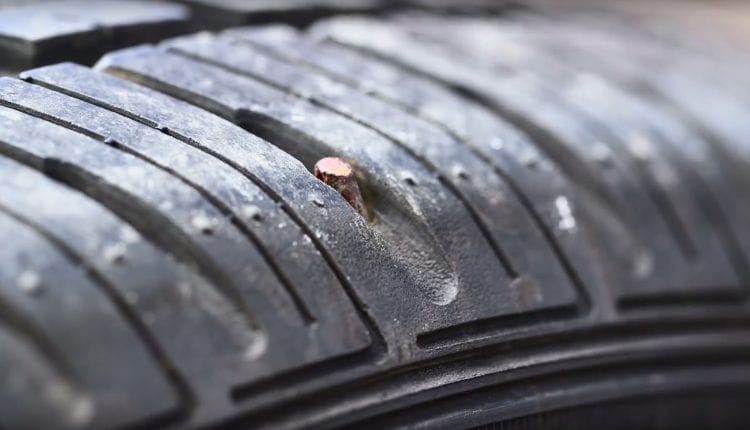 When taking my son to university for the first time we loaded the car full of his worldly possessions and enough equipment to set him up in his student accommodation.

En-route to Birmingham I had a tyre blowout, luckily for me I was in the process of leaving one motorway to join another so I was already on the inside lane and travelling a little slower than I had been previously so I was able to maintain control of the car and pull onto the hard shoulder but I’m sure it would have been a different story had I been in one of the other lanes travelling at a higher speed.

Luckily I’m in the AA so they attended very quickly to help get me on my way again but not before we had to decant the entire contents of the car onto the hard shoulder so they could get to the spare tyre.  It was a very scary experience and not one I want to repeat as we felt vulnerable being so close to fast moving traffic even when we were stood behind the barrier.

What is clear though is that this could have been avoided had I checked my tyres to make sure they were fit for purpose and also altered my tyre pressure in line with the heavy load I was carrying.  I always carry out pre- journey checks on my oil and water especially when travelling a long distance but I’d never thought to include checking my tyres and in this case as I was pre-occupied with my son leaving home for the first time and was focussed on making sure we didn’t forget anything it never occurred to me to check them this time either; anyway lesson learnt and it is now very much part of my routine checks.