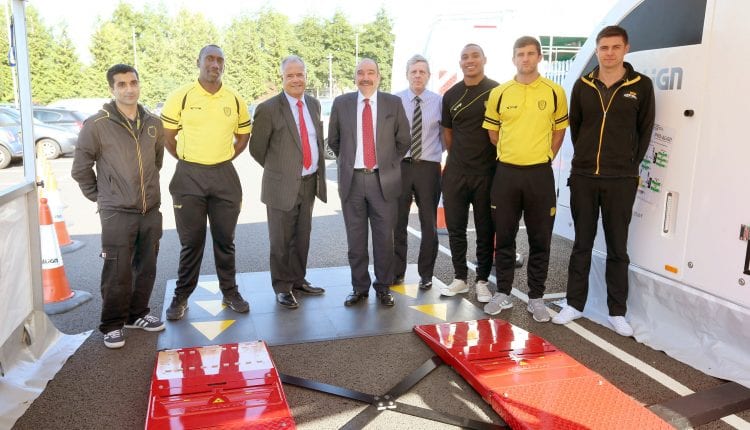 In 2015, year Pirelli focused on tread depth as part of TyreSafe’s October Tyre Safety Month and organised activity at both its UK facilities in Burton and Carlisle.

Why did Pirelli get involved?

The aim of the activity was to raise awareness within Pirelli’s local communities of the required tread depth of tyres in the UK.

Employees were invited to have their tyre tread depth checked using the Pro-Align machine at both sites and worked with the local football teams, Carlisle United and Burton Albion, who came along to the sites to also have their tyres checked.

Pirelli also visited Carlisle College to talk to students about the importance of tyre safety, with a focus on tread depth. The team demonstrated the 20p coin test and encouraged them to go away and check theirs, and their parents car tyres.

Both print and broadcast outlets came along to cover the story and some good coverage was achieved in the local media.