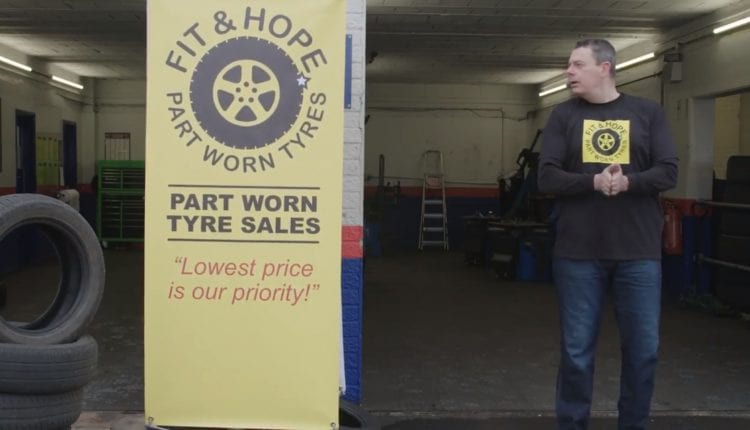 Tyres are an essential factor in road safety as the only part of a vehicle in touch with the road. Tyres provide the grip which both braking and steering systems depend upon to be effective. Driving with defective tyres will mean a vehicle takes longer to stop and be more difficult to control when cornering.

However, TyreSafe and Trading Standards investigations have highlighted part worn retailers are either ignoring their responsibilities when selling tyres or do not have the required skill to serve motorists properly. During test purchases, some have fitted tyres with water in them to wheels, others have provided the wrong size of tyre, and the supply of examples with nails and other objects embedded in them is all too common.

A recent case has resulted in part worn retailer Hemel Tyres in Bury Road, Hemel Hempstead being ordered to pay over £7,000 in fines and costs, following prosecution by Hertfordshire Trading Standards. In reaching their verdict the magistrates said they were shocked at the case and had considered the potential implications of selling unsafe tyres. In determining the penalties they said that they had considered a custodial sentence and if there were further offences it was highly likely to result in prison for the retailer.

Terry Hone, Executive Member for Community Safety, said: “We hope that this sends a message to the part-worn tyre market in Hertfordshire that we take these matters very seriously. Our consumers should be able to expect that any tyre they buy for road use complies with safety standards.”

Stuart Jackson, Chairman of TyreSafe, said: “TyreSafe applauds the magistrates’ comments and penalties in this latest conviction but it must be acknowledged that the retail of dangerous and defective tyres by part worn dealers is unacceptably commonplace nationwide.

“While the shocking findings of joint investigations may reveal some part worn dealers are compliant, even if it is fewer than one-in-ten, motorists have a 90 per cent chance of visiting an outlet selling illegal tyres. As far as TyreSafe is aware, there is no other retail sector with such an atrocious track record. Let’s remember these dealers are selling safety critical components – when tyres are driven in an unroadworthy condition, a vehicle’s braking and steering are compromised, and road users are put at significant risk of a catastrophic tyre failure.

“TyreSafe pledges to continue its potentially life-saving work with Trading Standards and partners with an ambition to drive compliance and competence among part worn retailers.”

Tyre Safety Month 2018 – Get Into the Groove