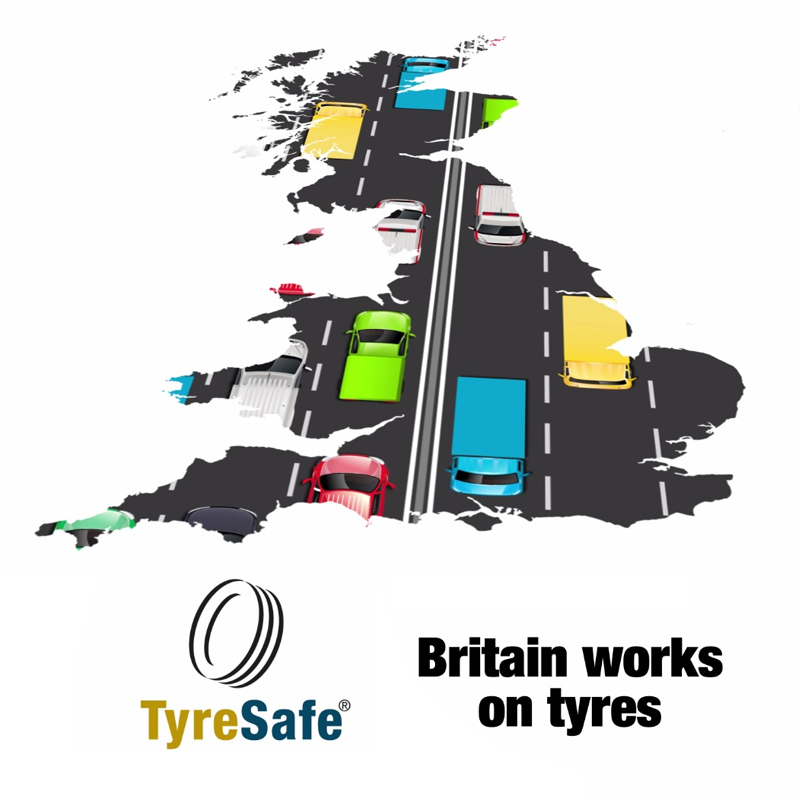 TyreSafe, the UK’s tyre safety charity launched its campaign focusing on van tyre safety at its annual Briefing at St George’s Park, home of the National Football Centre. There are now more than four million vans on Britain’s roads, 60% more than in 2000, and they clock up over a billion miles a week. According […]

TyreSafe, the UK’s tyre safety charity launched its campaign focusing on van tyre safety at its annual Briefing at St George’s Park, home of the National Football Centre. There are now more than four million vans on Britain’s roads, 60% more than in 2000, and they clock up over a billion miles a week. According to the SMMT, they deliver £56 billion in wages to the UK economy. Whether a mobile workshop, business, courier’s workhorse or delivery wagon, vans place high demands on their tyres. TyreSafe is reminding their drivers ‘Britain works on tyres’ and the need for them to ensure they conduct regular checks and consider how much load is being carried and avoid overloading. Overloading is the most common offence identified at DVSA roadside checks and can get result in fines of over £800. Overloading also accounts for 70% of prohibitions on LCVs – removing vans from the road. Overloading might not only interrupt a van’s business, it’s also dangerous. If the van is heavier than it was designed for, it’ll be unstable and puts extra stress on your tyres. The excess weight changes the tyre’s shape, leading to a build-up of heat when it’s being driven. When that happens, the tyre can have a catastrophic failure. A van’s maximum permissible weight is detailed in the handbook, along with the tyres’ appropriate load index. This is a two or three digit code which relates to how much weight it can safely carry. You should always ensure your tyres have the right load index for the van. Tyre pressure must also be correctly adjusted for the load. It’s not only safer but reduces fuel consumption and CO2 emissions, which is good for business and the environment. Tyre pressures might also be displayed inside the fuel filler cap or on a plate on the front door sill. While those are being checked, attention should also be paid to the tyres’ general condition. Most vans encounter the odd pot hole or bump in their travels, and these can seriously damage tyres. Each tyre should be inspected for lumps, cuts or anything out of the ordinary, which, if discovered should be inspected by a professional. Stuart Jackson, Chairman of TyreSafe, said: “TyreSafe’s annual Briefing has provided the ideal opportunity to engage a wide range of stakeholders directly on the importance of van tyre safety. We’re grateful to the DVSA for sharing its data and case studies with us today and underlining how overloading is far too common on our roads. TyreSafe hopes that by sharing this message with van drivers we can help affect a change in attitude among them to consider their safety, and the safety of others, on the roads as their first priority. “Britain Works on Tyres but those tyres need regular maintenance.” Highways England, Cleveland & Durham Special Operations Unit, and Cheshire & Lancashire Fire & Rescue Services also presented key updates at the Briefing.