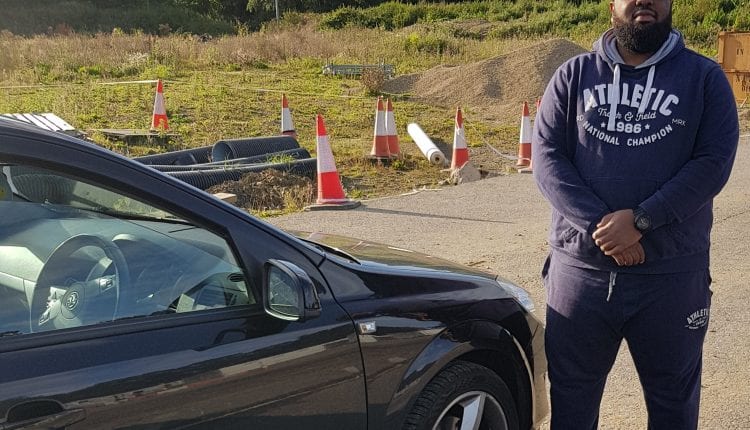 In fact, 93% of part worns inspected in the most recent activities have been sold illegally with more than half having safety-critical faults.

However, with the current economic climate leading many to seek the cheapest means to maintain their cars, part worns, often advertised with low price tags, may seem appealing. Drivers are reminded, though, that the lifetime cost of buying used tyres is actually higher, at £6.33 per mm compared with £5.32 for a new tyre*.

The false economy of buying part worns in addition to the uncertainty over their safety is further highlighted by the poor quality of service and expertise of those fitting the tyres.

Jahmel Hamilton-Alexander from Buckinghamshire, is just one motorist who has suffered as a result of buying part worns. “My MoT was looming and I needed to replace the tyres quickly so I went to a part worn dealer. The tread was ok so it went through the MoT but then it started to deflate. I was having to pump it up every few days so I took it back but I was not greeted in great fashion.

“After it was removed, it was clear it had had an illegal repair, which made it dangerous but they wouldn’t do anything about it. In fact, I ended up having to go through Trading Standards and getting a County Court judgement to get my money back. That took two-and-a-half months.

“No amount of money is worth risking your safety – my family could have been in that car when the repair failed on the motorway. I won’t buy part worns again and I wouldn’t advise anybody else to either.”

Stuart Jackson, chairman, TyreSafe, said: “However tempting it may be to save money by paying a lower price at the time of purchase, motorists should be aware of the false economy. Your tyres will have to be replaced much sooner and at a similar price to the ones previously fitted so you won’t benefit in the long term. TyreSafe urges Britain’s motorists to put safety of themselves and others on the road first and not buy part worn tyres.”

Part worn tyres can be sold with 2mm tread depth, which leaves just 0.4mm – half the thickness of a bank card – before they reach the minimum legal limit of 1.6mm. For more information on the regulations governing the sale of part worns, visit tyresafe.org or partworn-tyres.co.uk