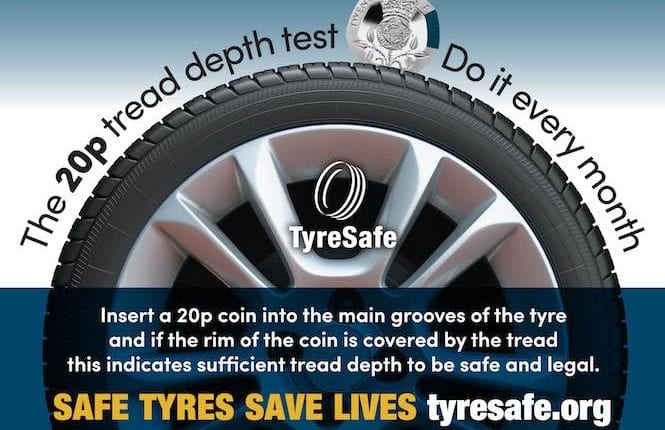 Tyre Safety Month kicks off today with TyreSafe asking drivers in Britain the tongue-in-cheek question: When did you last do it? Ideally, the response will be at least once a month and before long journeys.

The cheeky question is a reminder to motorists to check their tyres during Tyre Safety Month. If they can prove they’ve checked air pressure, condition and tread depth by posting a photo of where they last did it on TyreSafe’s Facebook channel, along with a caption, they’ll be in with a chance of winning a set of tyres worth up to £300. That prize will be awarded in each of the full four weeks of Tyre Safety Month this October1.

‘When did you last do it?’ is a key part of October’s Tyre Safety Month as Britain’s motorists are encouraged to practise #SafeTyreChecks. Launched by TyreSafe on 1st October, the month-long series of events raises awareness of the importance of tyre safety to road users both locally and nationwide. Tyre Safety Month is supported by the fire and police services, Highways England, road safety organisations, and car, van and tyre manufacturers and retailers.

“This Tyre Safety Month, we are hoping our tongue-in-cheek campaign will encourage local people to tell us when they last did it and where, and to think about how often they check their tyres,” explained Stuart Jackson, TyreSafe Chairman. “Research shows there is still much to be done in changing motorists’ attitudes to tyre safety – with one in five drivers having never checked their tyres2 and nearly 10 million dangerous and illegal tyres likely to be driven on Britain’s roads this year3.

“We are asking local people to do their bit to raise awareness of the dangers of defective tyres. Whether they Facebook or tweet us, the campaign is a bit of fun but it is raising awareness of a very serious issue facing us all on our roads.”

TyreSafe is the driving force behind the October campaign. A range of free resources, including leaflets, posters and digital campaign materials are also available. For further information about the campaign, visit www.tyresafe.org

Last year, TyreSafe distributed over half a million leaflets and posters, and supported events and awareness activities across the UK organised by tyre and vehicle manufacturers, road safety partners, tyre retailers and the police and fire services. Anyone planning to support the campaign can register for materials now – by visiting the 2015 campaign or call 01787 226995.