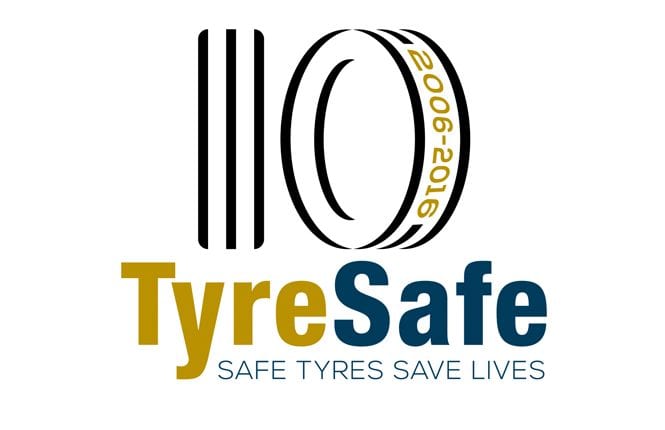 TyreSafe has reached another significant milestone in its tenth anniversary year having been awarded full charity status. The achievement increases the potential for TyreSafe to work with a wider range of organisations by underlining its non-commercial and not-for-profit credentials.

The recognition is a major boost to the tyre safety awareness campaign as TyreSafe works to reduce the number of tyre-related incidents on the UK’s roads by educating Britain’s motorists on the importance of correct tyre maintenance and the dangers of defective and illegal tyres.

Stuart Jackson, Chairman, TyreSafe, said: “TyreSafe is delighted have been awarded charity status, which is a major step forward for tyre safety awareness. The network of supporters is a critical contributor to the campaign’s effectiveness and becoming a charity allows us to broaden the spectrum of stakeholder organisations that TyreSafe can work with. That provides us with a springboard to further increase the reach of the potentially life-saving tyre safety message which has been achieved over the past ten years.”