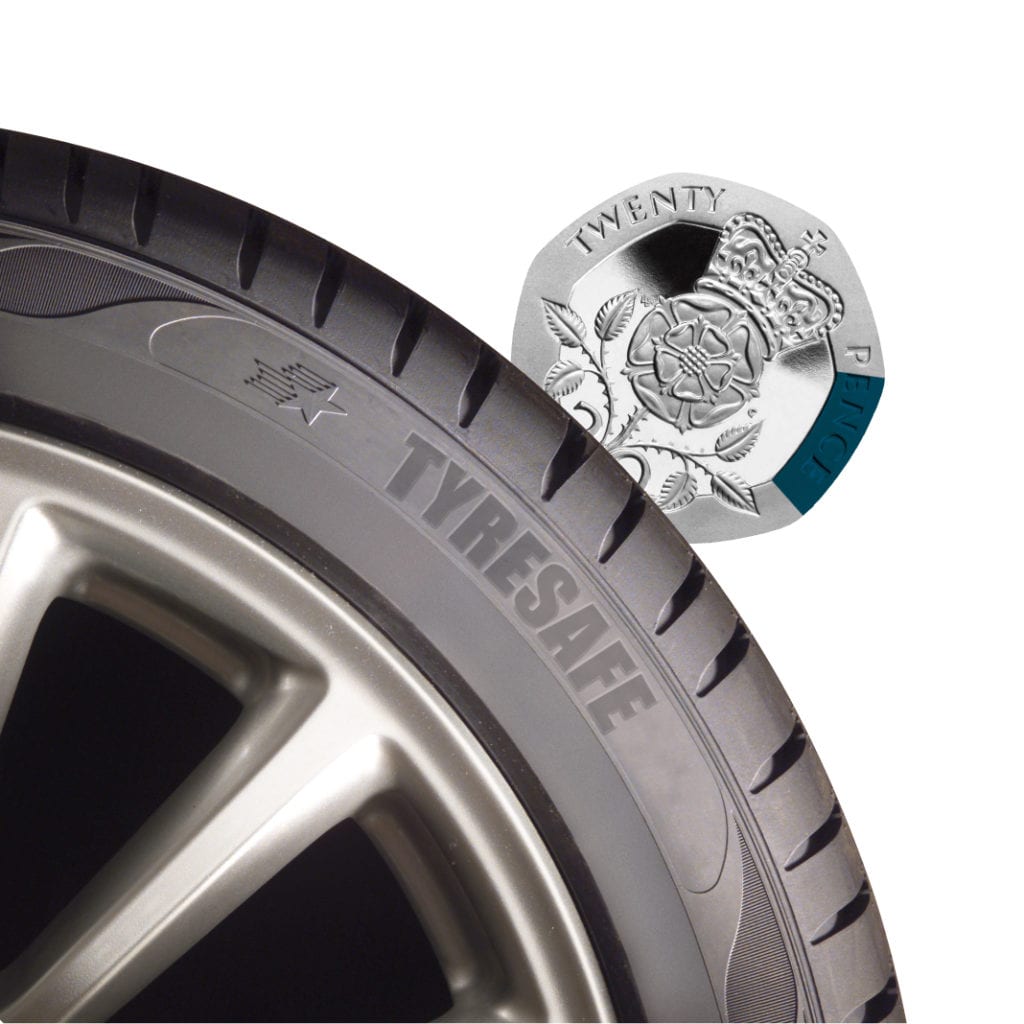 Some tyres, known as Self Supporting Run Flat tyres, are designed to provide a limited run on period following a puncture. Tyres offering various levels of run flat performance are available.

How long can you drive on run flats for after a puncture?

Tyres identified by the letters “RF” in the size marking are able to run uninflated for at least 50 miles (80 km) at a maximum speed of 50 mph (80 km/h). To accompany the use of run flat tyres it is essential that the vehicle is equipped with an operational Tyre Pressure Monitoring System. The choice of tyres can have a considerable bearing on a vehicle’s handling. It is preferable to have tyres with the same tread pattern on each axle and ideally on all wheel positions.

Can you mix conventional and run flat tyres on the same vehicle?

It is strongly recommended not to mix conventional and run flat tyres on the same vehicle. Particular care is required if retro-fitting run flat tyres as other modifications to the vehicle may be necessary.

Can I switch to run flat tyres?

A car’s suspension is specifically tuned for SST run-flat tyres for maximum safety, performance, handling and ride quality. SST Run-flat tyres must only be fitted in conjunction with a tyre pressure monitoring system to ensure that a tyre deflation is communicated to the driver at the earliest possible moment. Failure to do so could result in a tyre being run in a deflated condition for longer than the recommended period and the driver left in ignorance of a tyre’s condition.

Retrofitting of SST run-flat tyres may also compromise the ride characteristics of the vehicle to which they have been fitted because few older vehicles have been designed with run-flat fitment in mind. An example pointed out to the TIC recently involved the fitment of a set of run-flat tyres to a ten year old vehicle not fitted with a tyre pressure monitoring system. The car suffered a puncture and the driver was unaware of the deflated tyre, which was run in this state for some time, and the car failed its MOT because of damage to the tyre.

Self supporting run-flat tyres must never be mixed with standard tyres on any vehicle.

The Tyre Industry Council is Britain’s foremost tyre safety organisation. Formed in 1989 is a not for profit, non -commercial organisation charged with the responsibility of raising the awareness of the dangers of driving on defective or badly worn tyres. In 2001 the Council received the prestigious Prince Michael International Road Safety Award for its contribution in raising the awareness of the importance of tyre safety. The TIC engages in high profile campaigns with the police and is credited with reducing the number of defective tyres in the UK from 17% some 10 years ago to 12% today. The Council’s activities are supported by various organisations including the Association of Chief Police Officers, The RAC Foundation and The Institute of Advanced Motorists.

Learn about the checks which will help you reduce the risks of a tyre-related incident out on the roads.

Your tyres are in constant contact with the road and as such they suffer a lot of wear and tear, even if you…

To stay safe on the road your car needs to have the correct tyre pressure. If the tyres are under or over inflated then…

Tyre treads are designed to give good grip on wet roads but this generally decreases as a tyre’s tread pattern wears…
We use cookies on our website to give you the most relevant experience by remembering your preferences and repeat visits. By clicking “Accept”, you consent to the use of ALL the cookies.
Cookie settingsACCEPT
Manage consent